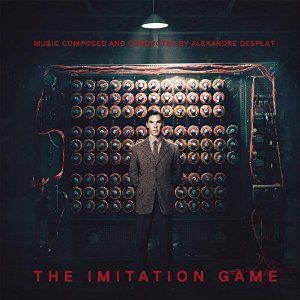 Based on the real life story of legendary cryptanalyst Alan Turing, The Imitation Game portrays the nail-biting race against time by Turing and his brilliant team of code-breakers at Britain's top-secret Government Code and Cypher School at Bletchley Park, during the darkest days of World War II. The motley group of scholars, linguists, chess champions and intelligence officers had a powerful ally in Prime Minister Winston Churchill who authorized the provision of any resource they required.

The film spans the key periods of Turing's life, from his unhappy teenage years at boarding school and the triumph of his secret wartime work on the revolutionary electro-mechanical 'Bombe', which was capable of breaking 3,000 Enigma-generated naval codes a day, to the tragedy of his post-war decline, following his conviction for a now outdated criminal offence. A complicated and troubled man, whose contributions and genius significantly shortened the war, saving thousands of lives, Turing may have been the eventual victim of an unenlightened British Establishment, but his work and legacy live on.

Composer/orchestrator/conductor and Academy Award winner, Alexandre Desplat, with over hundred scores to his credit, is one of the most worthy heirs of the French film scoring masters. A true cinephile, his approach to film composition is not only based on his strong musicality, but also on his understanding of Cinema, which allows him to intimately communicate with directors. In 2014 he received a rare double Academy Award nomination for his scores of Morten Tyldum's The Imitation Game and Wes Anderson's The Grand Budapest Hotel, which earned him a BAFTA, a Grammy and his first Oscar.
1. The Imitation Game
2. Enigma
3. Alan
4. U-Boats
5. Carrots and Peas
6. Mission
7. Crosswords
8. Night Research
9. Joan
10. Alone with Numbers
11. The Machine Christopher
12. Running
13. The Headmaster
14. Decrypting
15. A Different Equation
16. Becoming a Spy
17. The Apple
18. Farewell to Christopher
19. End of War
20. Because of You
21. Alan Turing's Legacy